Tribal Fusion Bellydance was created in America in the 90's. Jill Parker is considered to be the founder of the style, which combines many bellydance techniques, including FatChanceBellyDance -style (ATS) and Cabaret Bellydance. The technique is also based on Jamila Salimpour format and Oriental Dance, which includes many different dances from the Middle-East, North-Africa, Hellenistic cultures and Turkey. Tribal Fusion technique has been influenced by other dance styles as well, such as flamenco and street dance styles.

Typical for the style is very soft snake-like movements and sharp accents. These two elements are also combined together to form movement layers. Main focus is to create precice and enchanting movements with isolations, where only one part of your body is moving. As a fusion dance, Tribal Fusion allows taking influences from other dance styles to fit your personal style. While fusing other styles, one has to take cultural sensitivity into account and study the styles which they want to fuse. Anni teaches Tribal Fusion Bellydance in Espoo at Omnia.

Dark Fusion is an umbrella term for Fusion Bellydance that gets inspired from metal music and grim stories. Dark Fusion dancers can use pagan or gothic themes, metal music and the imagery surrounding it as an inspiration. Dark Fusion isn't a dance technique in itself, since the term includes Tribal Fusion, Oriental Dance and other Fusion Bellydance styles. On Anni's classes the used dance technique is Tribal Fusion and influences from other dance styles are used according to her dance background.

Anni offers Dark Fusion dance classes to metal music and with a dark pagan theme. Course descriptions always state what the theme will be or will it be a combination of these two. Weekly classes started in spring 2020 and a year later, spring 2021, Anni's performing students were named as Hallanmaa (the land of the frost). Hallanmaa is inhabited by many magical creatures of the North, metal-heads, pagans and rockers. Dwellers of Hallanmaa may change from time to time and the name is not linked to specific people. On going courses you can find here. 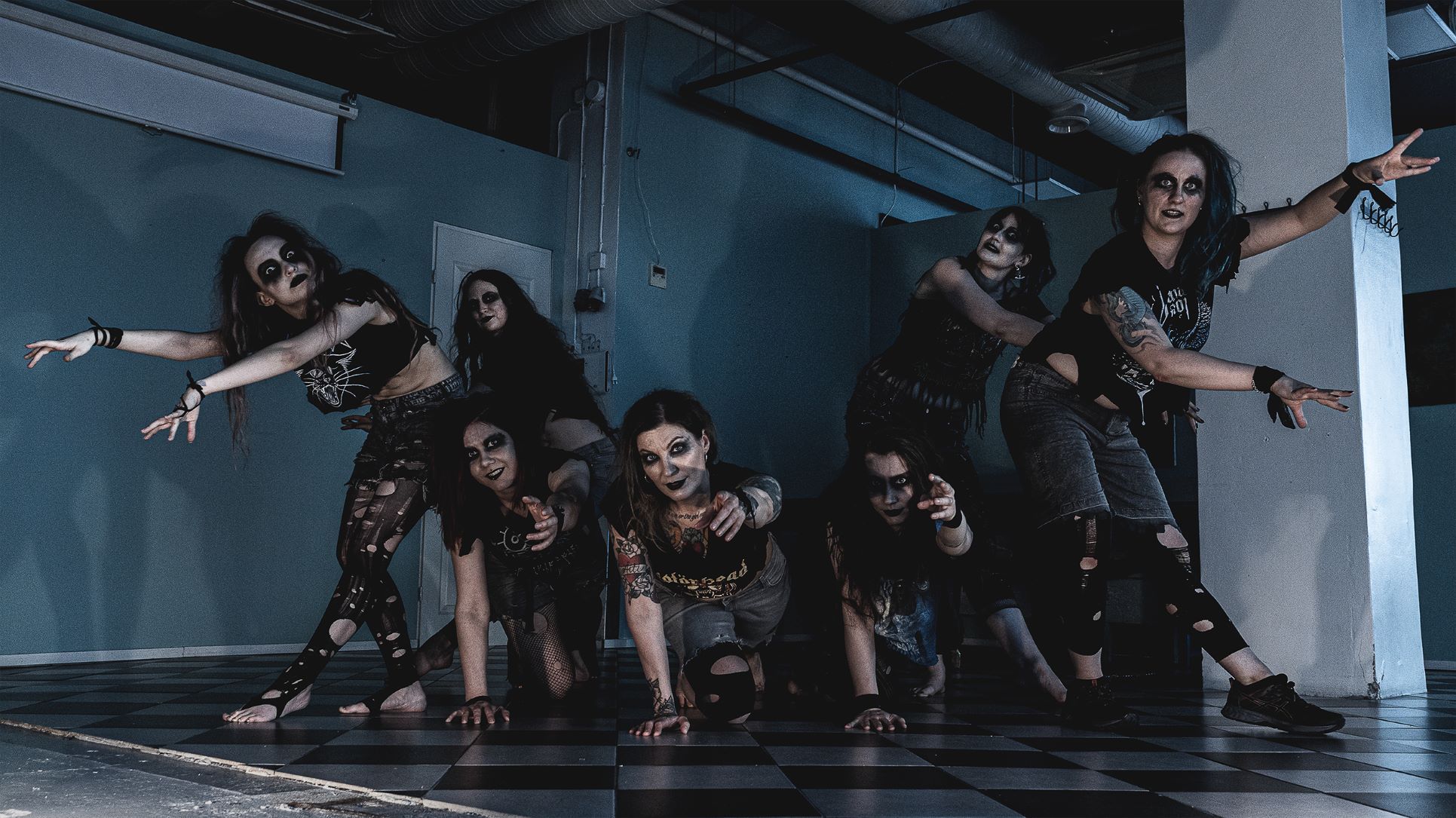